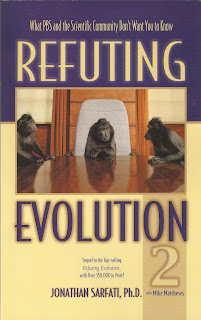 On Monday mornings, I consider my walk with God via His Son Jesus Christ, having finished Sunday morning worship and a weekend of family time.  This week's post is the lesson I will be presenting this Wednesday evening to my AWANA Journey (high schoolers) group.  It is based on AWANA's Faith on Trial curriculum.


Creationism and evolution here in Indiana

Earlier this year, while the Indiana Legislature was in session, one proposed piece of legislation was Senate Bill 89.1 This Bill would have allowed for public school districts to allow the theory of creation to be taught alongside the theory of evolution. The Bill passed the Senate, but did not make it out of committee in the Indiana House of Representatives.


The Carmel weekly newspaper, Current In Carmel, published an editorial in its February 21, 2012 edition that appears consistent with many other views on this issue. In addition to calling Senate Bill 89 “backward-thinking legislation,” the editorial concluded:

What is the real purpose of this bill? Perhaps it is a sincere – if misguided – effort to treat Biblical religion as if it were science...
If Indiana parents want their children to be taught creationism, we suggest they take advantage of the taxpayer-funded voucher system and send them to parochial school.2


The creation v evolution debate will not go away, despite the assertion, as quoted from The Triumph of Evolution and the Failure of Creationism, that “Intellectually, the debate has been dead since 1859 – and evolution was triumphant!”


The Triumph of Evolution also asks the question, “If this stuff is science, why do we need a law to teach it?' We will consider two questions
We should absolutely, positively teach it. Why? Quite simply, because creation is how the universe came to be, not evolution. Science supports the biblical account of creation.

Natural selection is an argument in favor of creation, not evolution


One common argument is to use observations of natural selection and say that this is evolution. This is not true. They are opposites. To illustrate this, consider dog (or cat, if that is your preference) breeding. You start with a male and female that happen to have traits you like. They have puppies or kittens, and some have traits you like, some do not. Choose the ones you like, find others that have the traits you like, and they have puppies or kittens, and so on. Eventually, you have dogs and cats that have certain traits, but not others. This is not evolution, this is selective breeding. Natural selection is the same thing - it takes some traits but not others.


Here's another way to look at it: Going to a U-pick strawberry place, or perhaps a U-pick apple orchard. You go, and you get your basket or bag, and you choose the fruit you like, leaving the others behind. Hopefully, you have a fresh batch of fruit by choosing from what is there! You cannot leave the orchard and add to your choices.


Evolution, on the other hand, pre-supposes that something, or someone, has a certain amount of genetic information and someway, somehow, additional information is added, such as in a genetic mutation. However, mutations are typically destructive, not constructive. Natural selection takes away from a set of information. Evolution adds to information.


Natural selection also is an argument in favor of Noah's ark. As you may recall, two of every kind were brought by God to the ark (with seven of certain clean kinds). After the flood, the kinds dispersed and multiplied, giving us the variety we see today. It is an argument in favor because the ark would not need every type of, for example, dog. Or cat. One of each. Then, over time, you get great danes, you get little “yak yak” dogs.


The complexity of life itself also supports the creation model and discredits the evolution model. Darwin himself said this about the eye:

To suppose that the eye, with all its inimitable contriavances for adjusting the focus to different distances, for admitting different amounts of light, and for the correction of spherical and chromatic aberration, could have been formed by natural selection, seems, I freely confess, absurd in the highest degree possible.3


Before we get too far into irreducible complexity, though, let's consider Scientific American's attempt to disprove the eye example:

Biology has vindicated Darwin: researchers have identified primitive eyes and light sensing organs throughout the animal kingdom and have even tracked the evolutionary history of eyes through comparitive genetics. It now appears that in various families of organisms, eyes have evolved independently.4


To which, we reply

First, this overlooks the irreducible complexity of even the simplest light sensitive spot. Second, it's fallacious to argue that 51 percent vision would necessarily have a strong enough selective advantage over 50 percent to overcome the effects of genetic drift's tendency to eliminate even beneficial mutations.5


For the sake of argument, let's suppose for a moment that the evolution theory is correct. Some type of light sensing mutation appears in a being. Over time, an organ evolves. Let's say it could happen.
If we accept that argument, then we also have to accept the argument that a number of random favorable mutations are also happening at the same time the eye is evolving. Think of the odds! At the very same time the lens is evolving we also have the rods, cones, nerves that transmit the data to the brain, and the part of the brain that interprets the data. Hank Hanegraaf called this “one thing to stretch credulity by suggesting that the complexities of the eye evolved by chance; it is quite another to surmise that the eye could have evolved in concert with a myriad other coordinated functions. As a case in point, extraordinary tuned muscles surround the eye for precision motility and shape the lens for the function of focus.”6


If scientifically sound arguments for creation such as Natural Selection and Irreducible Complexity can put evolution on the ropes, then arguments against evolution deliver knockout blows. Consider:

Collin Patterson, senior paleontologist at the prestigious British Museum of Natural History, which houses the world's largest fossil collection: “If I knew of any evolutionary transitions, fossil or living, I would certainly have included them in my book Evolution.”7

David Raup, curator of the Field Museum of Natural History in Chicago: “We are now (over) 120 years after Darwin, and the knowledge of the fossil record has been greatly expanded. We now have a quarter million fossil species, but the situation hasn't changed much...We have even fewer examples of evolutionary transition than we had in Darwin's time.”8


A question to consider: If public school and popular culture science were really all about teaching truth, instead of perhaps promoting an agenda, why aren't the facts about irreducible complexity and the fossil record more widely known?

Rock samples from a lava dome within the Mount St Helens crater were dated using the potassium-argon method. Whole-rock samples gave an age of 350,000 years. When some of the amphibole minerals in the rock sample were extracted and analyzed separately, their age was more than double at 900,000 years. Two mineral samples of a different mineral, pyroxene, gave an age of 1,700,000 and 2,800,000 years. Which age is right? None, actually. The lava dome formed after Mount St Helens exploded in 1980 and the samples were just 10 years old.
Creationist scientists have uncovered dozens of anomalies and conflicts like this. Surprisingly, these conflicting results do not unsettle mainstream geologists. They genuinely believe the world is billions of years old, and the conflicting results do not cause them to question their belief. In their minds, these conflicts are a little mystery that will be resolved with creative thinking and more research.9


Should there be a law that requires teaching creation?


I do not know. I do believe, however, that getting such a law passed, and to stand, would be a truly difficult task. Why? Because, as we discussed last week, converts from evolution to creation are made just like converts to Jesus are made: not necessarily through arguments that are scientifically sound, but instead throug the work of God through the Holy Spirit. St. Paul says this in his First Letter to the Corinthian Church (1 Corinthians 2:14):


“The natural person does not accept the things of the Spirit of God, for they are folly to him, and he is not able to understand them because they are spiritually discerned.”


A law does not change that. The only thing that does is faith. The consistency of creation and faith, as we've discussed, helps. While it helps, we need to remember that “faith comes by hearing, and hearing by the word of God.” We will talk about that in Lesson 12.


Is believing in a Creator enough?


This concludes Lesson 9 of 12 in AWANA Journey's Faith on Trial curriculum. In Lesson 1 we introduced, defined, and supported Biblically, the term “apologetics.” In Lessons 2, 3, and 4 we explained how we can know that Jesus is who the Bible claims He is. Lessons 5 and 6 explained how we can know the Bible is what the Bible claims it is. Lessons 7, 8, and 9 give evidence that scientific disciplines including archaeology and geology support the Biblical worldview. This week we see that science supports creation.


Next week is Spring Break. In two weeks we will listen to some audio, selected phone calls to a call in radio show “Stand to Reason” that will be consistent with what we are studying.


After that, Lessons 11 and 12. In Lesson 11 we will learn how it is not enough just to believe in a Creator, but that saving faith comes only through believing in what the Creator has revealed about Himself, namely the person and work of Jesus. Jesus is the only way to God's forgiveness of sins. There are reasons why this is so, and that's where we will look a little closer.


Lesson 12, after that, is the concluding “charge”, where we put it all together. We will show that faith is not believing something without proof, but absolute belief that comes because Jesus calls us to Himself, and provides us with reasons to do so. Stay with us!

© Jeff Hoots
Permissions: You are permitted and encouraged to reproduce this material in any format provided that you do not alter the content in any way and do not charge a fee beyond the cost of reproduction. Please include the following statement on any distributed copy: by Jeff Hoots. © College Park Church – Indianapolis, Indiana. www.yourchurch.com and www.jeffhoots.net
Scriptural Citations: Unless otherwise noted, all Biblical quotations are from either the English Standard Version (ESV) or New King James Version (NKJV).