For a homeschool project, our 10 year old son Trevor was to gather facts to write a report about a place.  The curriculum suggested encyclopedia research about a city or state.  Instead, we chose to have him interview me about Indiana Dunes State Park.

What is the early history of the Indiana Dunes?  Who discovered it?


American Indians originally lived there.  During the 1600s European colonization era, French fur traders, including one by the name Marquette, traveled and traded extensively in the area.  Northwest Indiana is connected to the Atlantic Ocean by the Great Lakes and St. Lawrence Seaway. 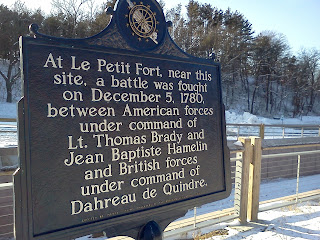 Why did people first go there?

Around the turn of the 20th Century, some who lived in Chicago would travel by train to the Indiana Dunes area for hiking, picnicing, nature study, and landscape painting.  At the same time, industry - particularly steel mills - realized that the sand and water made the region ideal for factories and mills.

How did it become a city or state park?

Industry and nature preservation became a fight for the dunes.  For example, in 1915 Bethlehem Steel destroyed a place called Central Dune.  As the debate intensified, Indiana was fortunately beginning to establish its State Park system.  In 1925, Indiana Dunes State Park was established.  One of the dunes in the park, Mt. Jackson, is named in honor of Governor Jackson, in office at the time the park was established.

What important events have happened there?

Dr. Henry Cowles of the University of Chicago would lead his students to the Dunes area to study the extensive variety of plant life.  This area has more plant species diversity than all but 4 of America's national parks.  This study led to the creation of a new discipline, ecology.  Indiana Dunes is often called the "birthplace of ecology."


Northwest Indiana is an unusual compromise of industry and nature.  The undisturbed areas are beautiful.  By contrast, steel mills are visible during walks on the beach.  Indiana Dunes National Lakeshore was established in 1966, setting aside more land for preservation.  Over 1 million visitors come each year, mostly for the beaches.  Little do they know the rich history and natural wonder of the area.  Growing up there, I certainly did not.  It is regrettable that my science teachers failed to capitalize on this opportunity.

In my opinion, the Indiana Dunes area is as valuable as any other state or natural area in the country.